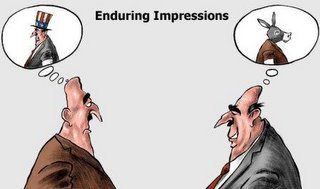 The observations of an English friend in Texas seem to counter some of the observations in our annual survey of CIOs. Our research found that the reach of industry analysts extends deep down into the mid-market. Around two-thirds of companies with over 1,000 employees have CIOs using analyst research. Our correspondent repeats many of the enduring impressions that vendors have, that analyst influence is limited to large businesses. We think the opposite. Sadly, his guidance would greatly mislead global AR teams. He says:

The fact is there are only 4,700 companies on the planet whose sales exceed $1 billion. And the 20,000 companies in the theoretical ‘?global Fortune 20K’ represent the absolute theoretical maximum reach for analysts firms and most tech vendor’s target markets. They are the primary influence and subscription ‘?zone’? of the ‘?RAS’? (Research and Advisory Services) analyst firms. The fact that they have headquarters in Bruges, Bali or Boston doesn’?t matter. They subscribe to the same stuff, read the same research and inquire from the same teams of analysts. So in many ways multinational business makes the geographical element of AR irrelevant – as we can see in various other ways, too.

This is a common point of view put with uncommon clarity. Many analyst relations professionals know the high price of analyst subscriptions and understand that analyst influence is concentrated amongst the firms that can afford them. They also know that many of the largest US analysts are international. Many technology marketers know that their business intends to focus its business development efforts on larger firms internationally.

Some people feel that this means that maximum possible reach of analysts is the 20,000 largest firms. They also feel that large firms abroad will use the same analyst research and speak with the same analysts as would clients at home. As a result, they feel that there should be no special geographical changes to analyst relations strategies. We understand where those feelings come from: however our extensive research over the years shows very different realities. In fact, our surveys of CIOs and other technology buyers shows three contrary trends strongly.

These may be surprises to some. However, our research shows that the sort of impressions that our friend has are fully mistaken, even if they are commonplace inside US multinationals. As we understand it, our findings also reflect similar studies done by SageCircle and others who have conducted serious market research of IT buyers.

A key regional difference is that different analysts are used in different countries. Buyers are not using the same firms, using the same research or speaking to the same analysts. Even inside such a small area as Western Europe, there are massive differences. For example, Gartner is the real superpower in Britain, but not in France or Germany, where the influence of European firms and IDC outflanks it.

It is quite common that customers of the same firm will speak to different analysts than their colleagues if they are based in different countries. Managers normally work better in their own language, and they are especially likely to speak to an analyst in their own country. In continental Europe, local advisory firms work in the language of the buyer and have much more influence through the market for analysts’ consulting projects. This is notably deep in Germany, as we have discussed before.

The balance between reading and speaking with analysts also differs. Our friends at SageCircle noted that their research showed that Latin America managers, for example, were likely to read research but unlikely to speak with analysts. In North America, managers read less and speak more.

The big news is about analyst’s influence. In the 1990s, analyst influence was largely limited to the firm’s subscribers. Today, 64% percent of CIOs in firms with 1,000 or more employees are getting research for free from the Internet. The idea that the maximum theoretical reach of analyst influence is 20,000 firms is hopelessly out of date.

Furthermore, the CIO survey shows that influencers vary by use and by firm. For example, buyers in Spain will use more external advisors at more stages in the decision making process than will buyers in Germany. This general trend extends internationally as a difference between Latin and Anglo-Saxon cultures.

Of course, this does not even touch the topic of cross-cultural barriers to communications. Effective methods of communication vary internationally. That is the principal reason why the geographical element of AR is critical for firms that want to extend outside their domestic market.